11 dirty negotiating tactics (and how to counter them)

Some people will always be out to drive the hardest bargain. Here are 11 ways the opposing party in a negotiation might try to take advantage of you – and how you can stop that from happening.

People employ hardball tactics and drive hard bargains because, given the right conditions, they can work. A ruthless negotiator can take advantage of the uninitiated, the naive and the overly trusting.

But when both parties have their wits about them – and are prepared to counter any dirty negotiation tactics – underhand methods probably won’t work.

Negotiations conducted in good faith and without subterfuge will yield better outcomes for all, and will be a much more pleasant and rewarding experience for everyone. It’s the only genuine ‘win win negotiation’ going.

This rule applies as much to business deals you might be negotiating on behalf of a company as it does to negotiating your salary or angling for perks in your contract.

We’ve compiled 11 of the most battle-worn dirty tricks to help your discussions run smoothly, ensuring no one pulls the wool over your eyes during a negotiation.

This is a common tactic to come across, and can rear its head at any time.

If the opposing party can’t think of any other way around a sticky point, they may resort to delaying a response by saying “sorry, I’ll have to run that past my manager”.

Delaying a response to a key question can confuse things and hold up the negotiation as a whole – and it may also lead you to concede on other points in the meantime.

Refuse to negotiate further (or at all) until authorization has been granted. If it comes to it, decline to sit down with someone who doesn’t have the necessary authority.

Negotiating is about negotiation. However, you might find that your counterpoint is offering non-negotiable terms or a fait accompli.

If there are too many issues which cannot be discussed, the negotiation as a whole will cease to be one, and will be reduced to a standoff. With no one getting anything.

Demand that those you are negotiating with reveal all their take-it-or-leave-its upfront.

Before you begin, ensure there are enough of the main points up for discussion. (Simply walk away until this fundamental point is accepted.)

The other side might try to package something up as a concession which is nothing of the sort. (For example, by offering something that costs the negotiator nothing, or has already been agreed, or addressed in another way).

One way this often plays out is after a demand or an offer that is purely designed to shock (check out number 8, ‘the shocker’).

This is a straightforwardly dishonest act, and will harm your negotiating position if it is not picked up on immediately.

Stay attentive and keep the discussion focused strictly on the issues that are relevant and appropriate. That way you won’t get duped by a fake offer.

Just like in the movies, your opponents may be putting on a good cop / bad cop double act to extract the most from you.

You’ll notice this is happening if two of the negotiators appear to be exhibiting very different temperaments consistently throughout the discussion.

This tactic is a classic because it works. The good cop will appear as your friend, a pleasant alternative to the bad cop they’re working with, but will end up getting you to do both of them a favor by convincing you to give in.

Call it out. As with many of these tactics, if your opponent gets wind that you’ve sussed them out they’ll probably drop the act and get down to business.

Otherwise known as “bring in the dancer”, or “the snow storm”, this is a time-worn strategy to test even the toughest negotiator.

The distraction is often employed in the form of a particular person delivering a large amount of only partially-relevant information, shifting focus away from the real issues.

Having to listen to and decipher cosmetic and misleading information and arguments is draining. Done well, this is hard to spot and hard to counteract.

Try and nip this in the bud before it grows. Insist that the conversation stays precisely relevant, and don’t be afraid to declare your fear of distraction tactics used in past negotiations as a get-out.

Outlandish claims can be hard to verify – or refute. This tactic takes advantage of that fact, with a negotiator using a projection or estimate (which may need lengthy discussion to invalidate) as a central argument to support an offer or counteroffer, or to justify a rejection.

Speculations and projections can be extremely persuasive and compelling. If they are accepted by both parties then they can have a profound influence on the final deal (regardless of their accuracy).

Do your homework. Make sure that all the important numbers and facts are in your possession before you enter the room. That way you can balance any claims against what you regard to be “the truth”.

If something can’t be verified easily, you can request that it be left out of the discussion.

A childish move, this one. This is the primary underhand tactic to avoid, as it’s far too simple to succeed, and is more likely to antagonise the person opposite you.

You’ll know you’ve been lowballed when a negotiator makes an offer too low to take seriously.

By raising the bar so low (in more ways than one), this trick distorts a discussion over something numerical, like a price or a length of time.

The best way to avoid this is one to politely explain that such a low offer has done more harm than good. Then try and take the discussion elsewhere before resuming a more serious dialogue on the matter.

If you’re negotiating something important to you, like your salary or a contract, you may be especially easy to catch off guard. Opponents may make an offer that is designed to shock you and throw you off your game.

But it’s possible you’ll come across this dirty trick in other discussions too, especially when you’ve been obsessing over the finer details.

Much like ‘the lowball’ (check out the previous trick on this list), an unlikely and surprising offer can distract and distort a discussion. But you’ll be the one thrown off, and may lose focus as a result.

Keep your cool at all times – and always be prepared to receive an outlandish or bizarre offer at some point.

When you do, explain calmly and seriously why it doesn’t work. Then return to the proper discussion after a short departure on a different topic.

If negotiations get heated or the stakes get raised too high, you might find that people start making threats.

An outright threat is to withdraw something previously agreed, or to offer something designed to punish or negatively affect the other side in the future – perhaps even regarding an unrelated issue.

Threats erode trust and make things more personal (and, consequently, less professional). They are intimidation by another name, and basically reduce negotiation to the making of demands.

They should be avoided and resisted at all times.

Insist that it is a negotiation, and anything which is non-negotiable should be declared as such beforehand, not tied to conditions.

This is a pleasant-sounding name for the dirtiest trick and most underhand tactic of all.

The opposing side may try to get under your skin and target you personally. By hitting a sore spot, or being purposefully insensitive to your feelings, they might try to unsettle you and reduce your self-esteem and confidence.

If this works it will turn the negotiation into a power play, with the insulted party (you) ceding control to the bully (them).

Try to leave your personal feelings and emotions at the door. Take negotiations for what they most of the time are – performances.

Don’t get too invested in the discussion as it is happening – switch off your sensitivities and think squarely in terms of business.

If things go too far, call the tactic out and let the opponent know how you feel about their methods. They will most likely back down and/or change tack.

If one side gets desperate when realizing they’re not getting everything they want, they may consider pressing the ‘big red button’.

Occurring at the end of a negotiation, the nuclear option is to force a critical concession from the other side and threaten to declare the deal off if it is not met.

This sometimes comes in the form of a threat to re-negotiate everything all over again based on one supreme condition.

This is the ultimate take-it-or-leave-it as it comes right at the end, after all your hard work, and is a catch-all tied to the whole negotiation.

“I’ve given too much already, give me this or the whole deal is off!”

Basically, it can ruin a negotiation or force a major change in what was agreed.

This one is hard to guard against, as it comes late in the day.

Raising the prospect of this early in the negotiation could risk souring the mood, but may give you guarantees that the nuclear button will not be pressed (as the element of surprise has been removed).

If it happens, stand your ground. Walk away and refuse such outlandish terms. If the deal you negotiated was good, then the other party has an interest in coming back to the table after reconsidering. 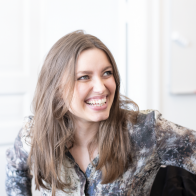 Sandra is a Harry Potter fan who does content marketing. In that order.

A career in finance is highly attractive to graduates, promising high wages, exciting work, and plenty of potential for growth. But ...

IT and software careers: options, job titles, and descriptions

A degree in IT, tech, or computer science is a great way to futureproof your career options. But what exactly are those career ...

How to negotiate your salary: 5 tips for getting a better offer

Salary negotiations shouldn’t be awkward. We offer 5 tips on how to prepare for a smooth negotiation and ensure you get rewarded ... 5 grunde til at kickstarte din karriere i Zürich